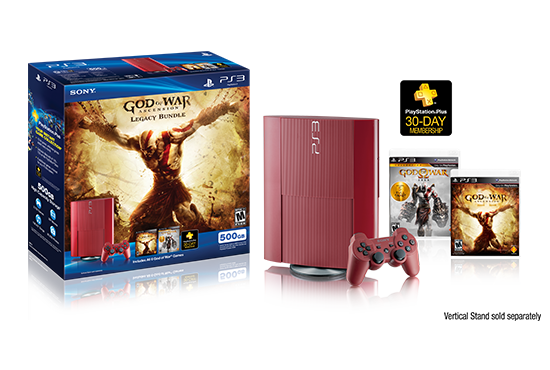 It came with every God of War game to date: GOW 1,2,3 the 2 PSP games and the latest one just released GOW Ascension. That should keep me busy for a bit. My wife is a big fan of Tomb Raider so were are going to be picking that up next week so she can get some ps3 time in.

I held off on getting a ps3 for a long ass time and honestly I thought prices for the system would have come down more than they have considering how late in the life of the ps3 we are. But with that said I have to admit it's a nice system and to me seems to be worth the price.

When I heard this was coming out I figured I wouldn't need to preorder the system, thinking how many people would actually spend this kind of cash on a system that's on it's way out. Boy was I wrong. I had to go to 3 different game stores to finally get one as all the other stores were sold out within the first hour of opening there doors on the day this was released.

Is it backwards compatible with PS2 and PS1 games?

I read somewhere that the PS4 is going to be able to play them all. Nope none of the newer models of the ps3 are backwards compatible with ps2 games although it will play ps1 games.